The most critical news from a shattered Puerto Rico and its traumatized people is not getting out. People on the island are suffering and dying as I write this. We are witnessing a cover-up, with the help of most corporate media, of the U.S. government’s heartless negligent response to a humanitarian disaster. 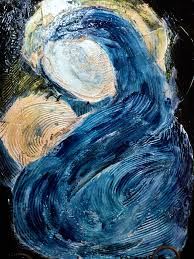 Who in their right mind would name a hurricane María?
If Jesús is too sacred to touch, why send a deadly María?

As Boricuas die, our Commander and Chief Drone tweets,
plays golf, calls the begging Mayor of San Juan no María.

Abuelo, Don Manolo, an Independista until the end,
cut cane as a young man to marry sweet sixteen María.

Titi Lidia, the family’s rebel Santera, would introduce
old Abuela to the healing spirit Orichas, as our María.

The trees, birds, little green coquís will come back in time,
fathers and mothers, with faith, will name their babies María.

*A version of this poem appeared in New Verse News.

The Invisibility of Poverty in Puerto Rico
Counterpunch, December 11, 2017

‘Is Puerto Rico Being ‘Ethnically Cleansed’ for the Superrich?
TruthDig.Com, November 22, 2017

A new reminder that we may never know Hurricane Maria’s full toll on Puerto Rico
The Washington Post, October 27, 2017