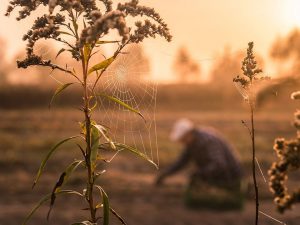 The following poems are from an unpublished manuscript titled, Snakes and Ladders.

Ruben choked on his vomit today;
felt the urge to vomit before; today
tilted his head back and guzzled. He
had begun to vomit months ago—a little
at first: barely perceptible squirts attributed
to clams. When trickles turned to mouthfuls
he knew something was truly wrong; so bloody
wrong, thoughts of getting to a doctor made him
laugh. What MD could save him now? He knew
vomit was no joke, not to be played with, not
ignored. Rubin remembered a student who
vomited herself to death after a boyfriend
said she was too fat to be his girl. She
wasted away, her eyes black pits,
sitting still in Introduction
to The Romantics
at Penn U,

Ruben’s friend Jim,
the cook, had drowned
in vomit in his reclining chair.
Had told Ruben and whoever listened
that he dreamed himself an intergalactic traveler
stranded on Earth. Jim grew old saying the human species
was ruled by reptilian aliens who live only to enslave us. Listen,
the colonizers are everywhere! He threw up in the soup of everyone
he thought collaborator before leaving The Sky High on the Upper East Side.

Ruben’s vomiting began in the teacher’s lounge after getting news his son
committed suicide — had begged his boy not to enlist—said more to fear
from a home-grown racist with a bomb. His son had said he was proud
to be an American. Crowed: The bitches love medals on hard Marines!
Ruben went mad with his son’s death. All the new lies called victories
in Afghanistan and Iraq finished him. His Epitaph: I learned too late.

The young teacher that jumped into Ruben’s shoes
was straight out of college and a tender heart—did
not complain at all about the smell of vomit, vomit
on the floor, or the crusty yellow stains on his desk.
Told his Principal: the Common Core is a great idea!
These kids need discipline and middle-class values!

* A version first of this poem first appeared in Acentos, February, 2016.

Blue’s Granpa, a dark Paiute,
was sent to government
boarding schools, that took
him far from this reservation,
that cut his hair, took away
his mother’s tongue, his ability
to resist. Now he smolders
in a corner, will not speak
when I visit, sees past me.

Or does he see me enough
to feel I am too white, a curse.
Will you tell me if I ask you
how Blue died? Resistance
takes forms I don’t understand.
I was his teacher…more, more;
I need to understand more
than I do: how a quest took him
to the river to find ancestors
that would take away his anger
and finally give him peace;
now we have all lost him.

How many days did he hang
from that tree near our river?
Did he see visions of ancestors?
Did he search for the past or future
in the mirrors of those waters?
Old man, my blood is also red;
more of our young will follow him;

I refuse to believe our elders
will not be there to turn them.
I believe I see one standing
by your side, old man; his eyes
are ancient pools and very wise.

Is there code to escape this ear piercing
siren? Buddha? Tibetan singing bowls

with their long sustaining harmonies?

How did I arrive in this space this time?

I am here again in a merciless universe,

where a cold Black Hole is pulling
the top of my head away from the rest
of me; I am being insanely stretched out.

I am a long thin elasticity trailing behind
a grotesquely distorted skull projectile,

close to losing all feeling in this form;

I have become a trite cartoonish figure.

Then there is the familiar hungry ache
to walk barefoot in warm white sand,

without one lie visible on the horizon,

and all the lies behind me disappearing.

Who will reconfigure me this morning?

Is only a feverish wish for immortality,
stoked by naïve vanity and childish fear
enough to rescue breaking bones and skin?

In two weeks I will be fifty-four years
old; my grown-up son suggests therapy.