A version of this short story first appeared in Ricky’s Backyard, 2016. 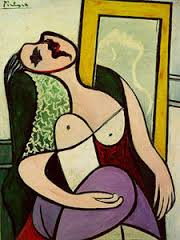 O had I known as then joy had left the paths of men
I had watched her night and day and besure never slept agen.
John Clare

Most people would find Alejandro Guevera’s behavior strange. His life has never been normal; it hasn’t been easy either; and it keeps getting harder. He remains a bi-polar obscure poet stuck in a stage of arrested emotional and intellectual development—forever emerging but never getting to where he could be—at a time when his friends are thinking about retirement. As a consequence, he believes he can’t live without drinking—heavy drinking—blackout heavy. He loves the idea that the drinking hasn’t stopped him. He also wants to believe that if the drinking had ever  stopped him from writing he wouldn’t be alive today—a thought that signals the great value of poetry in his life, as well as giving him the enjoyable assumption that he is brave enough to take his own life. He doesn’t ignore that poetry equaling life is a dreadful thought either. At the end of the day—literally the end of the day and beginning of night—he is happy when latched on to some combination of thought and feeling that keeps him writing until dawn.

It seems Alejandro’s work continues to flow from his intuitive nature; need to always know the truth; boundless energy; your guess is as good as mine; he certainly doesn’t know where it comes from. He’s surprised that given who he is and where he was born his output of pedantic narratives and political realism lags far behind the strangely surreal pieces he relishes. Most people find his poems oblique and disturbing; and he finds pleasure intimating that any given reader of one of his poems may be the dribbling two-headed cow or giant voracious hairy vagina or some other oddly ambiguous creature rising up from the page. The work is engaging enough that he’s attracted a small following. He’s been published in little magazines (under and above ground) over the last 20 years and occasionally reads at some radical bookstore or bar backroom gathering in the city. This is not enough to make him completely happy; and not sad enough to make him leave his path either; part of him believes in the mythology of painful destinies.

Alejandro’s circumstances have become a little too much to deal with lately—in spite of his many attempts at quitting—his drinking continues to worsen. He’s fallen in love with the movie Leaving Las Vegas and how Nicholas Cage spelled out such a wonderful way to go—shacking up with a pretty golden-hearted prostitute in a dark hotel room, and guzzling down liter after liter of vodka until the last sputter of breath. Alejandro has always been a rather twisted romantic: considering who he is and where he’s from, one would expect him turning to Neruda, Octavio Paz, Marti, or Lorca for inspiration: instead, he spends his time reading Blake, Keats, Shelly, Coleridge, and delivers drunken rants about John Clare—who he feels is truly a kindred spirit that snooty Brits labeled the “Northampton Peasant Poet” and then discarded for the more fashionable. Alejandro loves the story of this little drunken delusional poet from the countryside who jumps on stage in the middle of The Merchant of Venice to beat-up Shylock. He likes it as much as the myth of Nietzsche going mad after seeing a horse beaten by his master. When Alejandro really wants to feel good and sad with a touch of humor, he sits in the dark watching Dead Poets Society—“Seize the day boys!—seize the day; for tomorrow we are food for worms.” Death: that’s what all poets turn to if they live long enough; and at fifty-seven, death has become Alejandro’s go-to subject; it doesn’t matter whether he looks back or forward. It’s hard not to feel sorry for him.

Alejandro immigrated to the U.S. from El Salvador when he was five—just as Archbishop Oscar Romero began preaching his brand of Liberation Theology in the late sixties. Alejandro’s poor father, Raul, sold their little plot of farmland to get him and his mother away from the brutal oppression. Raul looked at the U.S. backed government death squads that would someday murder Romero, the local corruption, the shack of a home that was all he could provide, and dreamed of New York City. Alejandro would have a chance to grow up normal; and Raul hoped to finally get help for his anemic wife, Maria, who had suffered from depression and hallucinations since Alejandro was born.

After Raul gave his coyote of an older cousin most of his savings to help him cross the U.S./Mexican border and arrive in Manhattan—the job his cousin said would be there wasn’t. Speaking little English and desperate, he found a job working in a South Bronx bodega and settled Alejandro and Maria into a little one bedroom apartment on the fourth floor of an ugly tenement nearby. The South Bronx was the North American murder capitol at the time—a place hopelessly decaying after earlier generations of unwanted Italians, Irish, and Jewish immigrants had used it up and fled—when they saw blacks and Latinos moving in. New York City Planners adopted the little-known policies of “Benign Neglect” and “Urban Shrinkage.”—cutting off the flow of money to public education, sanitation, fire, and police protection—make the area so unlivable, residents would simply leave, leaving behind the land for future investors and developers looking for those who weren’t quite so poor.

Since Maria never received the psychiatric treatment she needed and because the streets were so dangerous, Alejandro grew up staying home and taking care of his mother, often missing school when she was really out of her mind. He saw Maria in ways no boy should see his own mother. Maria’s most frightening hallucinations were auditory and visual. Back in El Salvador, she had begun to freeze in front of mirrors with an agonized look of horror on her face. Alejandro grew up without mirrors. He cooked and cleaned and even brushed his mother’s prematurely gray hair on days when even that was too much for her.

On the night of the NYC blackout of 1977, Raul was stabbed to death as he tried to board up the Bodega’s windows before looters got any ideas. Alejandro and his mother sat on the living room couch by candlelight waiting for Raul to arrive …until they both fell asleep. When Alejandro opened his eyes, he saw his mother, back turned to him and trembling, facing the window—long dripping white candle clenched in her fist, a lit melting baton, wax spreading like frosting on a cupcake she managed to bake for him on his last birthday.