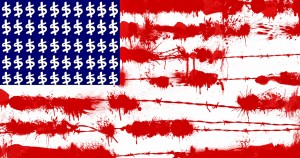 It has been a while since my Election Day entry; the initial shock is over; I’m not sure when or if acceptance will ever come. If you would like to skip this rant and get to some poetry, scroll down to the bottom of the page for Sylvia Plath and a couple of my poems published by Counterpunch; though, there couldn’t be a better time for ranting, followed by Plath’s poem about her despised “Daddy,” and a couple of political poems. The Practicing Poet blog is supposed to help my chances in our growing transient gig economy, yet here is where I also continue to limit my options by alienating potential employers. Enjoy…

My understanding of how power and money works in the U.S. is superficial. Don’t ask me to explain the workings of the Federal Reserve, The World Bank, Citizen’s United, or Glass Steagall legislation in any detail. It would be nice to have some expertise in U.S. and world politics and economics; but after this election, who needs a law or political science degree to see how badly we are being manipulated by billionaires and corporations. This truth is self-evident. This last election sank this truth in so deep it’s unextractable. We, the people, are little hardening amalgams—part plastic commodity, part child—in the hands of powerful players who set up policy and cunningly execute it from the top. We have always been malleable, consumable, and disposable. Our democracy and rhetoric about equal justice for all is a sham, so we live in denial and fiction. Lying has broken out ahead of truth and is running away with the race. None of this is breaking news to most adults living paycheck to paycheck and with little in the bank.

I miss George Carlin. In a prior post, one of his YouTube videos helped me to illustrate how our language is censored. Here, I turn to him again for his take on the “owners” of the U.S.

George Carlin had a long and celebrated career and the “owners” comedic rant is one of his classic performances. What he says is piercing and resonates with most North Americans and beyond. We get it. Nothing hard to understand here. I just have to consider what I’ve seen in my own lifetime to recognize his truth is my truth. However I, my neighbors, people around the U.S. too often fail to acknowledge the truth. For some the truth doesn’t matter. Some flat out deny it no matter what they’re confronted with. Some can take a golden critical fact and through some form of twisted mental alchemy turn it into a base metal or worse—eviscerate it. This way of thinking is a craft; for some it’s a devious art form. Here is how the Heartland Institute distorted what Carlin said to suit their agenda:
http://www.dailykos.com/story/2014/4/26/1294819/-George-Carlin-Quote-Bastardized-on-Facebook-by-Heartland-Institute

I’ve been compelled to sieve through online corporate backed mainstream and alternative news sources to better understand how a billionaire psychopath was able to win a presidential election—in the year 2016, in the U.S., using his kind of boorish and hate drenched speech. He encourages animal aggression in his supporters; this just doesn’t matter to him; I’m afraid he’ll be more shameless as he actually gets a firm hold of his new power. Can you imagine an adolescent boy with the keys to the fully loaded heavily armored tank of his dreams? I had to look into sociopathy this week after reading what Trump’s ghost writer for The Art of the Deal had to say. Tony Schwartz, who spent 18 months intimately shadowing Trump, regrets “putting lipstick on a pig” and would now title the book “Sociopath.” Simply put: he believes Trump is enough of a psychopath to bring the world to an end.

So is Trump a socio or psychopath? Obsessive lying and a manifested contempt for others is usually included in both diagnoses. According to the literature, he seems more the classic psychopath or at the very least a malignant narcissist. The ends justifies the means and might makes right is my translation of his “Make America Great Again” slogan. I only have a BA in psychology, so not  more than a layman’s opinion of his mental condition: a good idea to read what others think. I find Trump has many people suspecting the worst. 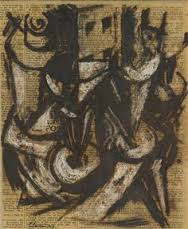 For thirty years, poor and white,

Barely daring to breathe or Achoo.

Daddy, I have had to kill you.

You died before I had time——

Marble-heavy, a bag full of God,

Ghastly statue with one gray toe

Big as a Frisco seal

And a head in the freakish Atlantic

Where it pours bean green over blue

In the waters off beautiful Nauset.

I used to pray to recover you.

In the German tongue, in the Polish town

Scraped flat by the roller

But the name of the town is common.

Says there are a dozen or two.

So I never could tell where you

Put your foot, your root,

I never could talk to you.

The tongue stuck in my jaw.

It stuck in a barb wire snare.

I could hardly speak.

I thought every German was you.

And the language obscene

An engine, an engine

A Jew to Dachau, Auschwitz, Belsen.

I think I may well be a Jew.

The snows of the Tyrol, the clear beer of Vienna

Are not very pure or true.

With my gipsy ancestress and my weird luck

I have always been scared of you,

With your Luftwaffe, your gobbledygoo.

And your neat mustache

And your Aryan eye, bright blue.

Not God but a swastika

So black no sky could squeak through.

Every woman adores a Fascist,

The boot in the face, the brute

You stand at the blackboard, daddy,

In the picture I have of you,

A cleft in your chin instead of your foot

But no less a devil for that, no not

Any less the black man who

I was ten when they buried you.

At twenty I tried to die

I thought even the bones would do.

But they pulled me out of the sack,

And they stuck me together with glue.

And then I knew what to do.

I made a model of you,

A man in black with a Meinkampf look

And a love of the rack and the screw.

So daddy, I’m finally through.

The black telephone’s off at the root,

The voices just can’t worm through.

The vampire who said he was you

And drank my blood for a year,

Seven years, if you want to know.

Daddy, you can lie back now.

There’s a stake in your fat black heart

And the villagers never liked you.

They are dancing and stamping on you.

They always knew it was you.

Daddy, daddy, you bastard, I’m through. 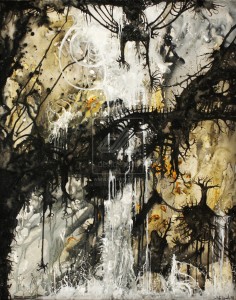 He walked through Forest Park at night,
wet walrus face inviting passengers;
It was nice to have company he thought,
so kept the fly that landed on his nose,
slowly walked home with his new friend.

As a boy he had invented a sunny Sunday
and a roadside cafe near a heavenly beach.
The sweet girl that had walked toward him
had also been illusion—her face turned to
sand at his touch, his feet became jelly fish.

As he wore one mistake over another,
aged from one bad dream after another,
the walrus-faced man discovered comfort
in Nietzsche’s Thus Spake Zarathustra,
Kafka’s Metamorphosis, and Morphine.

When he saw government had become God,
clouds drifting across dark skies were dragons,
night crawl into his bedroom like a black widow
spider, he turned into a spider too, inter-
coursed with his new friend—only to be eaten.

We kill ourselves
more than each other
in North America:

the year Abu Ghraib made
news, thirty thousand
of us self-destructed;

in this gun-thick atmosphere,
sixteen thousand
pulled a trigger;

So how natural to arrive
with pomp and circumstance
at a War on Terror:

make up for killing ourselves
more than others in this
Trojan horse silhouette,

by liquidating as many others
as possible in its great fantastic
shadow. Strategic killing

in noble self-defense,
for freedom, for democracy
is always a safe bet;

better this corporate concoction
require our armed forces suicides
to softly lay down;

best, in this naming of parts,
Special Army Interrogator,
Alyssa Peterson, is labeled a victim

of a “non-hostile weapons discharge.”
Who needs to know she had confessed
her gross inability to stop feeling?

Are The Terrible
Twos simplification:
stage when baby
turns and tantrums?

Maybe we—species—
thought most likely
to succeed on earth
are terribly two now:

casting off dear blue
mother, as she sheds
a tear for us—love lost
for us, just this moment.