Doing more public readings, excluding open mics, is on my list of 2016 New Year Resolutions. I have a history of doing a few open mics a year while simultaneously losing interest in them. Seems too often I leave open mics dissatisfied; here’s a short list of reasons: I’m tired of money making venues that charge you an admission fee; places that expect you to buy drinks; open mics held at bars where you pay admission or for drinks, then have to compete with rowdy drinkers in the background; open mics where people read their poems and could care less about who else reads (lovely when someone reads early only to immediately leave); open mics where the host reads an excessive amount of their own work; where hosts play favorites, allow friends extra time and rush others; open mics that take an hour to get to, one more to get home, cost $5.50 for the round trip subway ride, and then you’re given three minutes to read; open mics that for some reason or another give off a cold unwelcoming negativity that is hard to understand coming from a room full of poets; there’s more; there’s always more. I haven’t completely ruled out open mics, especially those that are different. I think CUNY should open up their performance spaces to the general public for free open mics and advertise them in good faith (they hold a handful during the year that mostly students attend). Besides libraries, there are plenty of great common areas around the city where free open mics could be held. Why not?

My year, so far, has gone well, with a handful of featured readings where I was given a decent amount of time and felt respected. A couple of readings are forthcoming: I’m especially looking forward to being featured at the Jamaica Center of Arts and Learning on December 2nd. You can expect me to post video clip links of some past and future attempts at becoming a quasi-performance artist. Sometimes, I envy what strong spoken word artists can do. There’s plenty to learn; going to the video is always helpful. The video clips also tickle my narcissistic underbelly; oh, to actually be ego-less; a universal “some” say it can’t be done. My “I” vacillates between total detachment and insatiable desire; my “I” exaggerates; the middle path seems to be finding me with age.

Last night, I read with other mentors and alumni from The Creative Writing Club. It was a terrific event held at Passage Irish Bar and Kitchen in Astoria, Queens. Astoria has an interesting ethnic variety of places to eat and drink and is one of Queens’ cultural high grounds: the Museum of the Moving Image is across the street from Queens Council on the Arts; the Boundless Reading Series holds its events at the Astoria Bookshop; there’s Kaufman Movie Studios; Socrates Sculpture Park; the Noguichi Museum; more. That I don’t have to extend my subway ride past the east river is something I also consider. More than anything, I didn’t want to miss the The Creative Writing Club’s launching event; it’s a great new start-up hoping to bring poetry to more schools around the city. It was sweet to be the closing reader in the program too. I had more time to work with; but I didn’t take it since the event was running late; a good choice I think: reading last in an Irish Pub means you’re not exactly sober in the end.

Ultrasound Images of My Busy Liver 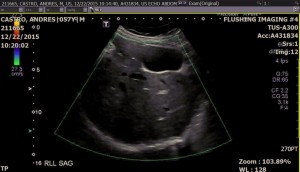 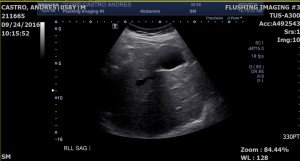