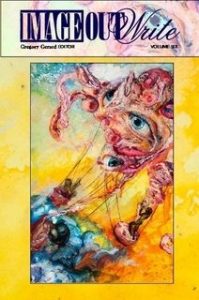 I am happy to report my poem “Cuz I Knew Forty Years Ago First” appears in ImageOutWrite, a literary anthology, released annually as part of the Image Out Rochester LGBTQ Film Festival. If you are part of this community or an ally—or not!—perhaps you will find the following piece of flash fiction worth your while. The piece may seem unrealistic; but if you compare the 10% of all high school principals that should be in jail with the 10% that should be canonized, eh, maybe not so much. Thank you Montreal Serai for your continued support and placing it in Volume 31 Issue 1, Spring/Summer 2018, 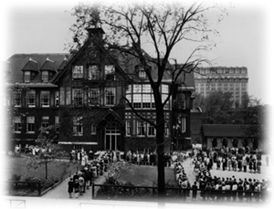 Liberty High School’s big clean-cut balding principal, Franklin West, met Carlos Rodriguez as a freshman, reflexively finding the wise-cracking pony-tailed adolescent repugnant. Franklin drove into the inner city from a middle-class white neighborhood outside the city limits, where his stern Christian father once sold insurance, where home was his mother’s orderly domain. Franklin believed they raised him right, all his boyhood spankings were well-deserved, and that parents had become negligent; he hated having to coddle rather than simply suspend Carlos at will; if only corporal punishment were still allowed, he dreamed. The best he could do was find grounds for an occasional suspension and give his teachers firm reminders to send Carlos to his office after any sign of non-compliance. Franklin prided himself on his disciplinary methods, including the use of highly detailed files on every student; his files on teachers were no secret either. “I run a tight ship,” he liked to say, “follow the rules or walk the plank.”  He considered “What’s wrong with you?” a conversation starter with Carlos, “I know your parents are undocumented” a closer. After four years of his counseling sessions, Franklin lamented not being able to make Carlos shed a tear or take a swing.

All his teachers would have been shocked to find out that while publicly praising Carlos for making something of himself as graduation day approached, Franklin also kept a little black novelty store voodoo doll, with a cutout of Carlos’ year-book head-shot glued on. The little body tucked in his bottom desk drawer was covered with so many sewing needles head-to-feet, Franklin now risked pricking a finger every time he pushed one more in. He had come to believe needles were more potent than any colorful bead-headed bulletin board pin—thumb tacks or safety pins were out of the question. He had stopped using deliberately rusted needles when the doll was barely visible and too risky a target— a tetanus locked jaw was the inspired curse for Carlos.

That Carlos had delivered his valedictorian speech like a populist presidential candidate rather than a high school senior—standing ovation included—left Franklin alone in his office playing out murder scenarios in his mind at the end of the day. Tossing a Molotov cocktail through Carlos’ first-floor bedroom window late night was a favorite fantasy. Franklin saw himself parked across the street, looking through the night-vision scope on his new semi-automatic AR-15 rifle—praying to see Carlos and his boyfriend run out screaming in flames. Yes, Franklin was having abhorrent ideation and had been leaking abnormal behavior for some time: he not only knew where Carlos lived, he had followed him closely enough to know exactly which room he slept in and with whom.

Franklin could only see a border-crossing illegal homosexual who ran around school promoting disgusting ideas; unbelievably, one who was headed to a top university on a full scholarship! He had not only got passed Franklin on his watch, he was now larger than life having done so. All that anti-bullying and restorative justice work that teachers had begun at the school had provided the perfect atmosphere for him to thrive.  The tight red t-shirt emblazoned with “An Injury to One is an Injury to All” fueled Franklin’s spite; his only consolation was making sure Carlos’ parents were picked up by ICE and ultimately deported a few weeks before graduation; now college-bound, what could Franklin do to stop Carlos from getting that law degree, then doing what he always talked about? — helping, who Franklin thought, society’s misfits and multicultural ingrates who should be shot for the treasonous things they say about the U.S.

As Franklin held the little needle-covered corpse with his dead father’s old leather work gloves and placed it in a backyard hole beneath his favorite pine tree, he began to feel better inside a day-dream about fighting in Iraq or Afghanistan…if not for all his responsibilities as principal. There was also Betty—the sweet new librarian he had just hired that seemed made for him. Of course, the great novel and memoir he had outlined were not going to write themselves. Finally, he remembered his age.

As he poured lighter fluid over the silvery black deformity, he knew better than ever what mattered: anyone kneeling during the national anthem at an NFL game was, indeed, a son of a bitch–just another unAmerican freak. He would sideline as many of these sons of bitches as early as he could. This Carlos had gotten away; but there would be many more coming into his school building, and Franklin felt he was in the best position to handle them. He had learned his lesson; it was time to be more proactive. “Patriots are not born: they are made,” he liked to say.

Only the ashes of the voodoo doll were left when it stopped smoldering—a crust of blackened needles atop. Franklin could not help thinking about the look and potency of four years’ worth of charred slivers gradually stuck in a new doll with a fresh new face the following school year. Feelings of anticipation brought a sinister little smile to his face: the school was his after all, and he was not planning on going anywhere.