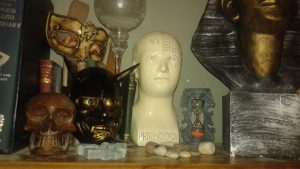 DVDs Under The Bed 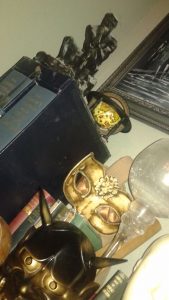 Watching Their Building Burn to the Ground

A.
Did you expect it
to cave in
like that?
B.
Our world was meant
to shrink
in this universe.

A.
What makes you
say that?
B.
You know the assassins
plan and get away.

A.
This flaming ruin
has to scare you.
B.
I’ve broken in
my bequeathed paranoia.

A.
I want to scream,
but who
will hear us?
Who at all
would want to hear us?

B.
You were never ready
for this, were you?
Not even a change
of underwear.

A.
I learned too late.
B.
That might look great
on a headstone. 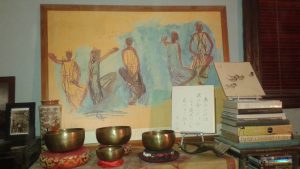 Obsolete, he saw what was coming to the world, his friends disappeared, he drank too much, ignored the pain in his chest, died, and did not go to heaven or hell—only a jar in the ground. His wife, daughter, and son cried for him; after a few years, their crying ended—aside from some tears on an occasional birthday, Christmas, or New Year’s Day. Some years later, his wife died; some years after that, his son and daughter were gone—their spouses too; maybe it was best they left no grandchildren. His Tibetan singing bowls and antiquarian books went who knows where. He had tried to leave behind a book of poems titled “Equanimously,”  but failed. No matter: only the singing bowls would keep in the earth, he once thought.