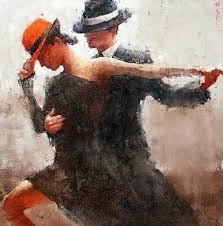 It’s great to hear “Ghazal Me” will appear in issue #72 of The Ghazal Page. In case you’re unfamiliar with the form, the magazine has a great “About Gazals” section that includes many links to resources and good examples; below is a brief introduction to the form found there. Give one a whirl!

WHY WRITE A GHAZAL?

To put it simply, the ghazal is incredibly fun to write. If you’re new to the form, don’t let its intricacy intimidate you. After all, there’s a reason the form has lasted for centuries and has been embraced by poetry lovers across the world. Its restrictions belie an exhilarating freedom not found in other kinds of poetry. It becomes a liberating sort of puzzle. Below, you’ll find a condensed how-to for the Persian ghazal. In our essay archive, you can also learn about Arabic and tercet ghazals.

There are a thousand shades of ghazals, but for a common understanding, we refer to Agha Shahid Ali’s “Basic Points.” (You can find the full text in the ghazal anthology he edited, Ravishing DisUnities.) To define this thousand-year-old form, we rely on a few characteristics that have stood the test of time: