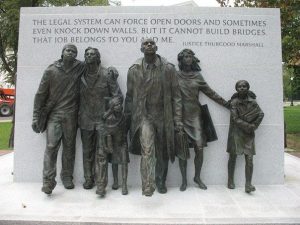 Race in Education: Where do I Begin?

Here’s to aboriculturists and gardeners
with their bags of seeds and magic tricks,
because we need to talk now more than ever.

How do we agree on anything these days,
days of police in our hallways and minds,
days of teenage suicide and murder,

Here are my hands in the soil—I’m just starting.
I haven’t said anything of actual substance yet.
Will you join me? Will you bring along others? 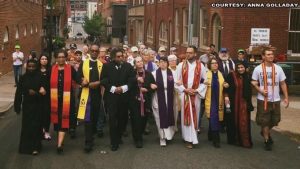 For most of my life, I’ve received the message from many people that racism in America is mostly a thing of the past. I’ve personally heard from high school dropouts to college professors that slavery was abolished long ago; and that, in fact, there is reverse discrimination going on, where white people don’t get the same consideration as minorities. Some, who want to wish away the cold facts of past and present racism are obviously “gas lighting.” Gas lighting is a phrase that our grand misleader in the White House has made well-known: it essentially means lying boldly and manipulatively enough to intended victims so that they begin doubting their own reality and act against their best interests. It is what some sociopath abusers do to their spouses, children, friends, whoever they want to exploit.

I may have been confused at times, but rarely to the point of grossly mistrusting my own senses and critical thinking, especially as I crossed over into middle age. Like so many others I’ve been dreaming of an honest national dialogue on race for many years. Well, thank you White House, neo-Nazis, and white supremacists, you have opened up this dialogue on all channels; likely not knowing that there are plenty of educated people walking around who can appropriately complicate matters by addressing race’s intersections with gender, class, religion, sexuality, as well as other essential forms of identity. Tragically, it’s taken the lives of countless people of color and recently the life of an innocent young white woman in Charlottesville Virginia to help place this discourse in the minds of North Americans who are in denial or willfully ignorant of those who have been historically oppressed and terrorized. Sadly, unlike Heather Heyer, we never learn the names of the many who have also died and been hurt in the struggle for what freedom we still have.

It’s an incredible shame to see how full grown and thinking adults in positions to do something of substance are simply standing by doing nothing—keeping silent. How can anyone forgive the majority of Democrat and Republican elected politicians with such disgracefully low levels of courage? I suppose it’s all short-term economics and self-preservation for them; the protesters’ chant that “the whole world is watching” is irrelevant to these self-centered morally weak individuals. With so much privilege to work with, who would want to leave behind such grotesque and shallow legacies? History will not absolve them.

I turned fifty-nine today and in three days, I plan to see the solar eclipse in Puerto Rico–a place near the path of this phenomena’s last U.S. colonial port of call. Considering the sinister attacks on mainland and island democracy since January, this eclipse will be particularly eerie and foreboding: race and redemption will be on my mind; my island brothers and sisters of gloriously blended African, Native American Taino, and Spanish heritage, subjugated by an empire for over a hundred years, may be able to claim the title of “God’s chosen people” for the new millennium. Then again, how many old and new world tribes do we need to interpret the familiar writing on the wall?