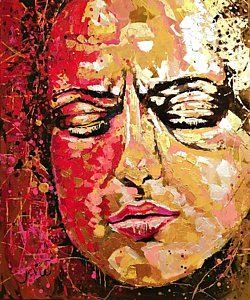 As a follow-up to my post of Paradise Lost: Borikén on Tuesday, I intuitively felt the need to mention  PEN and freedom of expression. PEN is an international organization founded in 1921 by recognized writers, essentially, to promote and defend freedom of expression. Anyone who has followed the rise of our psychopathic White House leader knows about his shameless disinformation campaigns and attacks on journalists who try to hold him accountable for his words and actions. Truth is taking a battering as so many know. I attempted to get at the truth in Paradise Lost: Borikén. I liked my results and wasn’t satisfied to see the piece stuck on my little blog, so I impulsively submitted it to Counterpunch, a magazine/newsletter with very progressive editors and readers that I thought would appreciate it. It pays to be timely: the controversy around Oscar Lopéz Rivera being honored in The Puerto Rican Day Parade had been in the news for weeks; I was very happy to see my piece picked up.

Counterpunch publishes some highly respected investigative journalists, writers, thinkers, and other notables and is praised by its readers, who are mostly on the left of the U.S. political spectrum. To be expected, Counterpunch is loathed by those on the right. I wish I didn’t have to use words like “left” and “right;” because although these are needed to communicate, they too easily promote miscommunication. These words can take on strange meanings depending on their employers. The word “left,” for example, is overloaded with negative connotations in our current reactionary political atmosphere. Knowing the polluted climate, I knew it was risky to submit my piece to Counterpunch.

After attending the most heavily policed Puerto Rican Day Parade ever (the black-helmeted, paramilitary NYPD with machine guns on the steps of St. Patrick’s Cathedral were sexy as hell), I’m especially happy to see my work in Counterpunch—a news source that is not afraid to go after the unadulterated truth. It’s no Fox News—that toxic propaganda dump site—for sure. Still, I hate to admit it, I would be naïve to think there isn’t reason for anxiety when you really want to tell the truth right now. I’m marginalized enough as it is; but for those with that stunted America, love it or leave it mentality who think it’s great to go around the world bombing and colonizing defenseless brown and black people, my name would look terrific gold-embossed on some black list or another. Don’t you love it: “Black” list. Why not just come out and call it a N…no, I won’t spell it out: humor is a tricky thing; I’m still looking for work, and talk about the atom bomb of loaded words! Look at Bill Maher’s recent results. https://www.washingtonpost.com/news/arts-and-entertainment/wp/2017/06/03/bill-maher-faces-calls-for-firing-after-using-the-n-word-on-his-hbo-show/?utm_term=.4085beecd4b0

So be it: if the con men and tools of corporations and the ruling class that are responsible for destroying the middle-to-poor classes and keeping us in perpetual wars—if bad actors like Reagan, the Bushes, and (it hurts to say the name) Trump—are champions of the right (Clinton and Obama were no prizes), then please, forget calling me Lefty and just call me a Socialist. Thank you, Bernie Sanders and Jeremy Corbyn for making the use of this word a little bit easier for everyone. And if Trump finds reading Hitler’s speeches helps him go to sleep at night, it’s time to crack open a copy of Das Kapital and start researching the Wobblies.

In actuality, I prefer to be called a proud card-carrying member of the radical U.S. Truthist Party (not to be confused with the Truthists who believe the world is ruled by reptilian aliens, although these niche Truthist have their charm). Robert Jensen, a Texas University journalism professor that regularly gets published by Counterpunch, and who doesn’t yet know he has been nominated by the party to run for president in 2020, wrote in a recent article, “The truth is always on life support.” Every member of the U.S. Truthist Party is required to know C.P.R. The Truthist Party recognizes that there’s a critical need to increase the party’s membership since the archaic power system that this life support system relies on is worn out and unpredictable; indeed, it could fail at any moment.

My advice for new and old practicing truth-telling poets: get your truth out. Forget self-doubts and haters of all stripes; stick with people who support you; take some risks; hug your mistakes—laugh about them and admit when you’re wrong; revise; and perhaps most importantly meditate; take a proven multi-vitamin like Earth Source; limit your alcohol consumption; and diligently avoid salt if you have high blood pressure.

* This piece appeared in Counterpunch.

The following four poems are from an unpublished manuscript titled, “Snakes and Ladders.”

One Road Away from Rome
—after visiting the Coliseum (summer, 1996)

The sharpest tool
Poets acquire: Why.

A word that leads to
More: an attitude,

A point of view,
A stone cold road

Hard heels upon
Who knows what

May come your way—
Where finally you go.

More: If you take this
Road, you might be

This is the road,
Slave masters most

Denied the slave—
To this day.

Flattened into hillside. Where
Am I seeing this from?

From a sticking
Marley album

In the vacuum
Of my room

Am I red with shame
you were jailed for me,
you were tortured for me,
you died for me—Red
with shame the U.S. flag
waves next to a Boricua star?
Or am I Red White Blue
American now? Shameless?